We´ve been getting a lot of feedback from all kinds of people – thank you, we're absolutely thrilled! So far, your criticism has been very constructive. Since our educational approach focusses on simplicity, it explores the subject of active piloting purely as it relates to the angle of attack. In reality, of course, it is a very complex topic that may well lead you to question the much vaunted "simplicity" of paragliding in general – doubts that are absolutely justified. As the following comments show, that complexity can be almost infinitely escalated even for groundhandling... ;-) 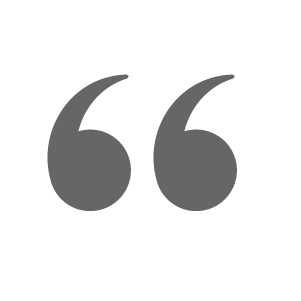 In my opinion, it is important to note that the higher tendency towards collapses during groundhandling is caused mainly by the absence of pendular motion: if the canopy pitches forward (or back) in flight, the pilot will swing back underneath it immediately, stabilising the angle of attack. This effect is missing during groundhandling.

The same applies to stalling the wing: if the wing tips just slightly backwards during groundhandling, you need to release the brakes completely to avoid a stall or prevent the
wing from pitching all the way back. In flight, the canopy will stabilise itself after pitching back, even with a lot of brake applied, because the pilot will immediately swing back underneath the wing.

My view differs from your explanation mainly on the subject of groundhandling and why your wing will tend to collapse faster there.

The wind will of course be blowing parallel to the ground, but that won't make much difference to your wing. The profile aligns itself with the air flow, making the angle of attack (in relation to the air) the same as it would be in flight. However, the wing will be positioned slightly behind the pilot, which never happens in flight.

When we're flying, we will often see the canopy move further forward (into our line of sight) before we react by pulling the brake. On the ground, the same canopy position (in relation to the pilot) means the wing already has a much smaller angle of attack. In this situation, it only takes a small additional forward movement to produce a collapse.

To complicate matters further, the following effects come into play:

b) a pilot on the ground does not have his entire body weight hanging from the canopy. Lightly loaded as it is, the wing will then "fly" more slowly within the air flow, making it more prone to collapse.

c) if you are standing on the ground applying zero brake pressure when the canopy pitches forward, but only react by applying a small amount of brake, this may lift the trailing edge (putting a kink in the back of your glider), thus intensifying the pitch movement. From there, it's pretty easy to end up with a collapse. That's why it's always a good idea to keep a slight pressure on the brakes when groundhandling, so you can react immediately to changes in the angle of attack in both directions.

Have we missed anything? Then we'd love to hear from you!